i
This website uses cookies to offer you the best user experience and to permanently improve our online services. By continuing to use this website you agree to the use of cookies.
About Us / Customer Success Stories / Robust and reliable data communications support effective mining operations

In times of increasing digitisation of industrial processes, the importance of robust and reliable data communications is becoming more evident. The communication network is often critical to operations and failure to get data from A to B can have serious impact on production. Data networks supporting monitoring and control systems within mining applications require a special kind of robustness. Not only do the operating conditions include fluctuating temperatures, dust and dirt, but there is also constant vibration,which is extremely tough on network devices and cables. The sheer size of an open-pit mine makes it difficult to maintain a data network and the need to constantly move mining equipment puts a considerable stress on the network cables. 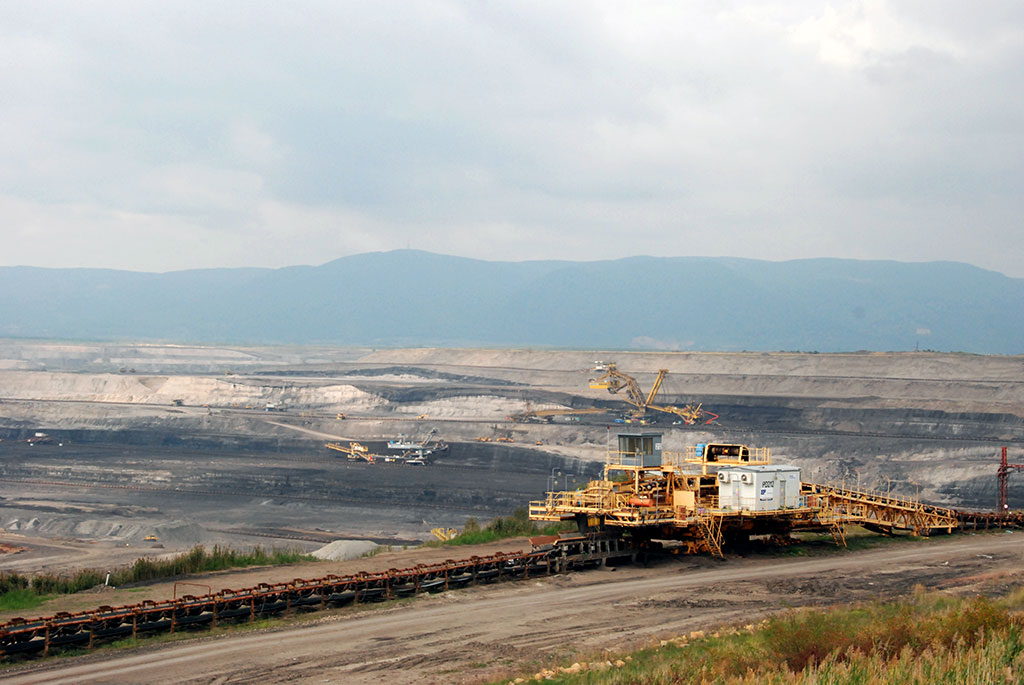 At Vršany Lom, one of the largest mines in the Czech Republic, all of these challenges have been overcome with the implementation of robust industrial networking technology from Westermo. Vršany Lom is a brown coal surface quarry located in the North Bohemian coal basin near the town of Most. The site is mined by Vršanská uhelná a.s., which is a part of the Sev.en group, a major European mining company responsible for the largest coal reserves in the Czech Republic.

Over the course of an eight-year period, Marek Hudský, chief technical engineer at Vršanská uhelná a.s., has strived to create the perfect monitoring and control system and supporting data communications network.

“The communications network is my responsibility and something I have designed, built and improved over many years,” explains Marek. “The continuous improvements have made a massive impact to overall production. The average time to transport the coal from the mine to the collection site has been reduced from 25 minutes to less than four minutes. On an annual basis this adds up to an extra month’s worth of production.”

“This significant improvement has been achieved by reducing network downtime, which previously was very common and required many hours of maintenance. Today, interruptions to production due to network issues are rare.” 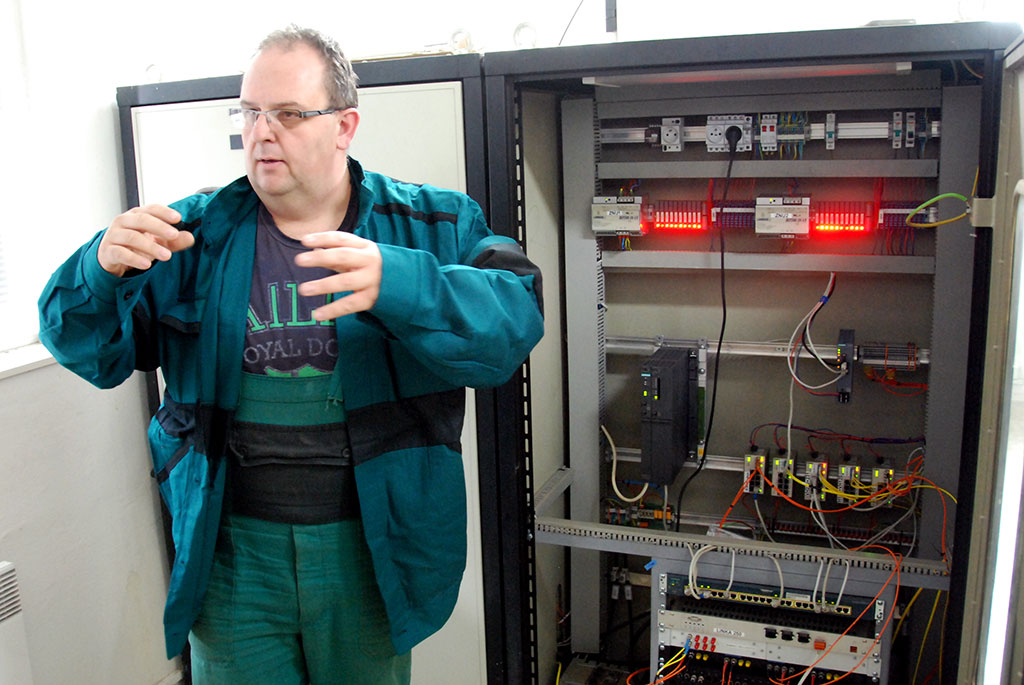 Within the control room, Marek Hudský, chief technical engineer at Vršanská uhelná explains the importance of robust and reliable data communications for safe and effective mining.

The mining process and conveyor belts transporting coal to the collection site are monitored from the control room.

The Vršany Lom open-pit quarry covers an enormous area and mining takes place at several locations simultaneously. The coal is extracted using large bucket wheel excavators and loaded onto kilometer long conveyor belts that transport it to the collection site.Some sections of the conveyors are permanently positioned, whilst others are moved as the digging location changes.

The entire network is now running entirely on Westermo WeOS-powered devices, consisting of 60 Westermo Lynx switches and 40 Wolverine Ethernet extenders. The data communication equipment and cabling is installed along the conveyor belts. This connects several hundred sensors that provide critical operational data to the central SCADA system, which helps to ensure safe and effective mining. Fibre optic cables are located inside the permanent conveyors, with the Lynx switches installed in substations at set points along the conveyor belts. The fibre network is configured in a ring topology with Westermo’s FRNT super-fast ring reconfiguration protocol providing network reconfiguration times of less than 20ms. 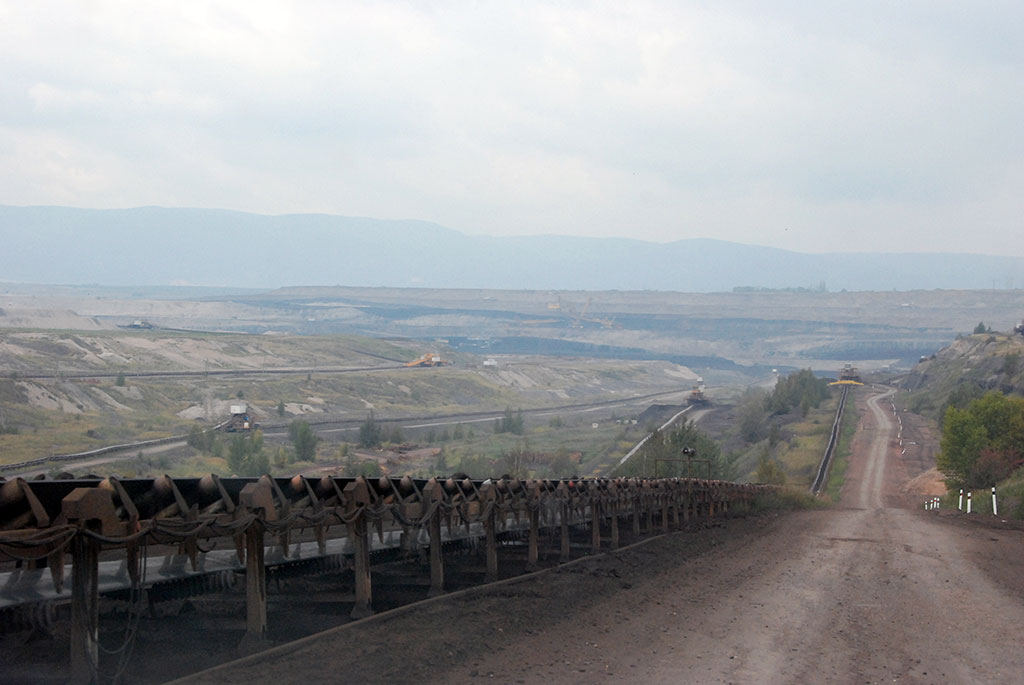 Conveyor belts stretching out over many kilometers transport coal to a central collection point. The data communication cables are installed along the conveyors, connectingmonitoring and control equipment for the excavators and conveyors to the control room. 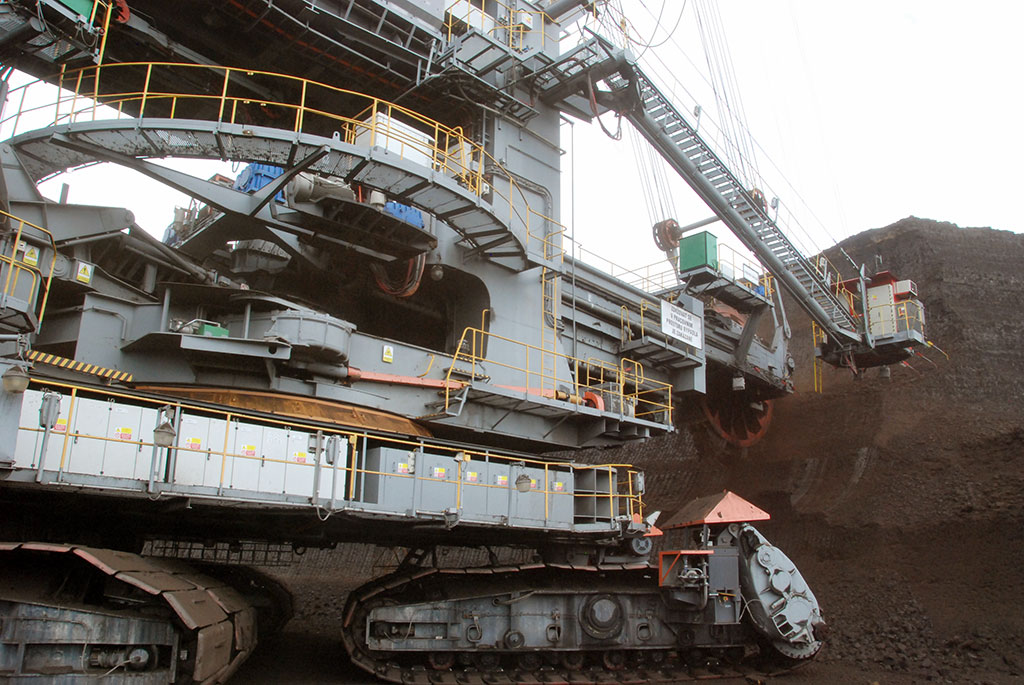 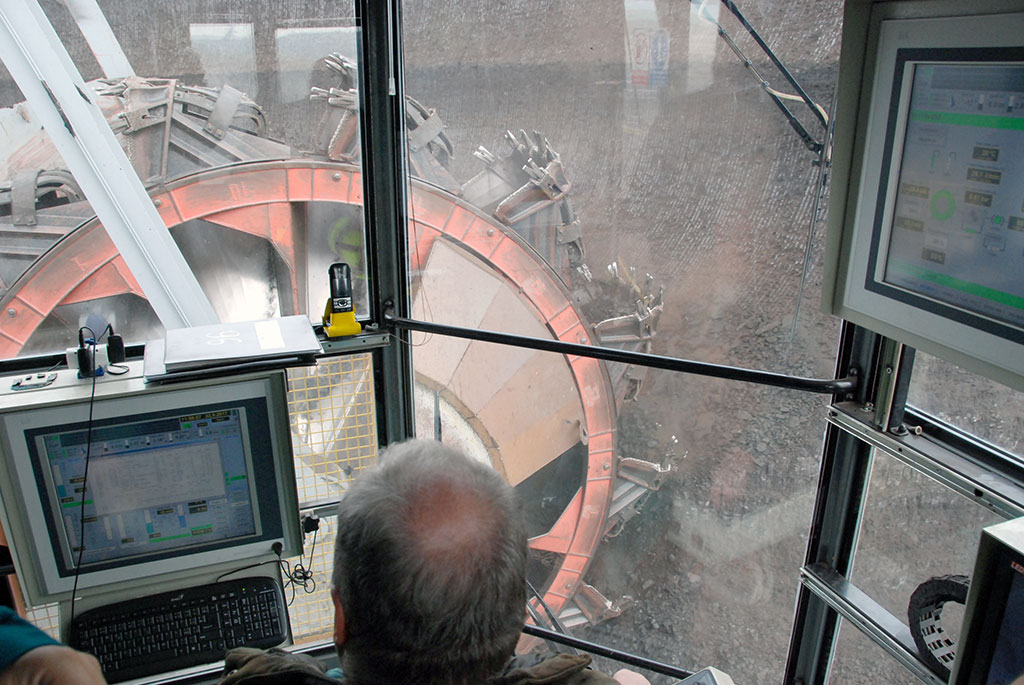 Control of the bucket wheel excavatoris performed by the operator, but the communications network enables operation to be monitored from the central control room.

“The fibre network works flawlessly. The switches and cables have been in operation for quite a while now and have required very little maintenance,” explains Marek. “The real challenge is the data communication closer to the actual mining. This is where operating conditions are really toughdue to continuous vibration and electromagnetic interference from the machines. Also, because the equipment needs to be constantly moved this exposes the cabling to constant wear and tear.”

“We have been familiar with Westermo technology since the days of short haul modems,”said Marek. “We knew they produced high quality products and when first introduced to the Wolverine Ethernet Extender we were immediately interested. At that point we were using a custom-made communication device, which was not really suitablefor a tough mining environment. It caused regular network downtime, maintenance and production standstills, which was a completely unsustainable situation.”

“The first thing that appealed to me about the Wolverine was that was able to provide reliable data communication over regular twisted pair copper cables,”said Marek. “We use copper cables because they can withstand a lot more abuse than fibre before failing, however, when the digging location changes cabling is often bent, cut and sliced, which can reduce the quality of signal. .Despite this we are still able to achieve reliable data communication thanks to the Wolverine device which enables reliable communication even if the copper cabling is not in pristine condition. Secondly, the device had the robust characteristics that are needed to operate reliably in this type of environment. Finally,the Wolverine offered a lot of functionality, such as super-fast ring reconfiguration, LLDP and SNMP that enabled both a very technically advanced and very robust network solution.” 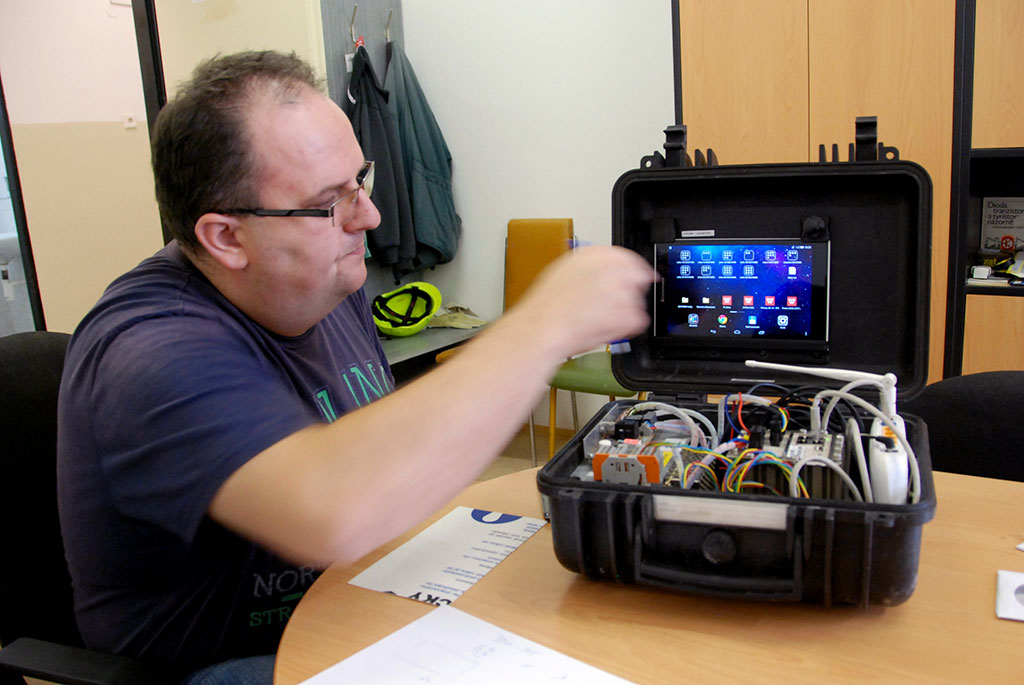 Cable breaks can lead to production standstill which is economically devastating. Marek demonstrates an ingenious piece of equipment developed for maintenance crews to quickly find the exact location of a cable break.

“It has been quite a long process of continued improvement to get to where we are right now with the network in terms of functionality and reliability. Last year, I replaced the remaining legacy devices. We are now running the network entirely using Westermo WeOS-powered products and I am very pleased with the overall performance,” said Marek.

“We have always looked for that next improvement that will further strengthen the resilience of the monitoring and control system. By selecting Westermo products and utilizing the WeOS operating system to its full capacity, Vršanská uhelná will now see many years of robust and trouble-free data communications.”