i
This website uses cookies to offer you the best user experience and to permanently improve our online services. By continuing to use this website you agree to the use of cookies.
Industries / Energy / Success stories / Electricity North West

Wolverine Ethernet Line Extenders enable existing cable infrastructure to be used to create a secure Ethernet IP-based network used for controlling electricity substations in the north west of the UK.

Electricity North West has upgraded its data communications network to an Ethernet IP-based solution to help improve the service provided by its electricity distribution network. The modernised, `non-operations’ network provides increased reliability and bandwidth helping the company to better monitor and control the supply of electricity to 2.4 million properties in the UK. Critical to the project was the use of Westermo’s Ethernet line extenders, which enable the existing ageing copper cabling infrastructure to be used, thereby ensuring the project was economically viable.

Electricity North West owns, operates and maintains the electricity distribution network in the north west of the UK, connecting more than five million people in the region to the National Grid. The network covers a diverse range of terrain, from isolated farms in rural areas such as Cumbria, to areas of heavy industry and urban populations including Manchester. Electricity North West is continuously looking to improve the quality of service provided to its customers. Effectively monitoring and controlling the 500 primary substations distributed throughout the region is critical to achieve this. The substations ensure that power can be rerouted should a problem arise, thereby helping to minimise `lost minutes’ of supply. 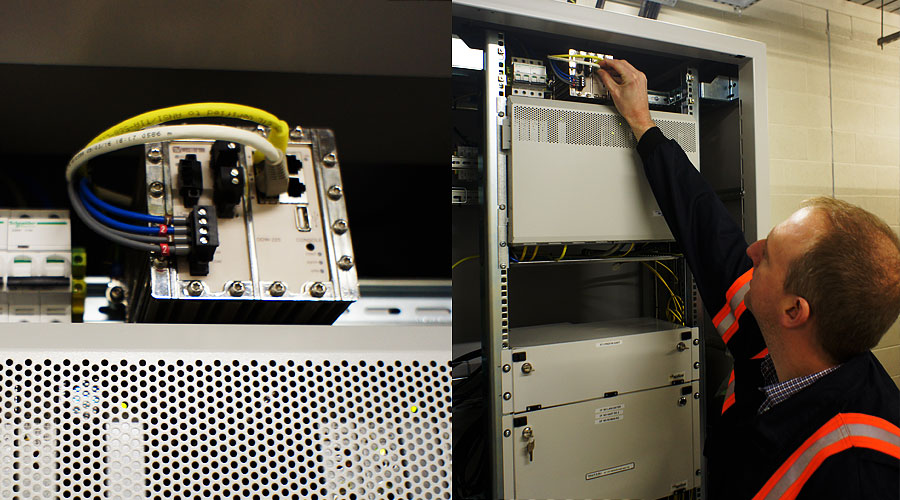 Maximising quality of supply
“Our main aim is to maximise the quality of supply and minimise lost minutes,” explained Paul Gornall, who is the network and field operations manager at Electricity North West and responsible for telecommunications and telemetry systems. “It is imperative that we demonstrate delivery to the edge of the power network and to do this we must have a suitable communications network that supports these operational deliverables.”

The data communications network provides the means of connecting these locations back to a centrally located SCADA system. Remote Terminal Units (RTUs) installed at the primary substations route voltages, current, switch states, temperature of transformers and alarms data from connected sensors and equipment. As part of Electricity North West’s continuous improvement programme, the company was installing new RTUs to replace aging legacy devices and upgrade the communications network which connects these devices. This would help better support existing operations and enable new services to be offered such as CLASS (Custom Load active system services - www.enwl.co.uk/class), which uses voltage control to manage electricity consumption at peak times.

The existing data communications network was a very large VF serial-based solution, which offered limited bandwidth - only 1200 baud, no redundancy and insufficient resilience. An upgrade to an Ethernet IP-based solution was required to provide much greater reliability, resiliency and bandwidth. It also needed to support the broader range of enhanced functions and services.

“Ultimately the greater bandwidth, reliability and resiliency provided by the Ethernet IP-based network will help to support Electricity North West’s current operations and provide even greater reliability of power supply to our customers,” explained Paul Gornall. “The upgraded and future-proofed communications network will also enable the company to offer a range of additional services such as CLASS and smart metering, which will further enhance our ability to serve our customers.”

Reutilising existing copper cabling for IP network
The existing communications network was based on copper cabling. It was thought that to support an Ethernet IP-based network, a vast new fibre optic cable infrastructure would be required. With approximately 11,000 km of installed cabling potentially ne eding to be replaced, the size, complexity, time and cost of the project was extremely prohibitive. It was therefore essential to find a solution whereupon the existing cable infrastructure could be used, wherever possible.

Westermo Wolverine Ethernet line extenders presented the ideal solution to this challenge, as they allow effective Ethernet networks to be created over distances of up to 15 km (depending on cable characteristics), whilst enabling data rates up to 15.3 Mbit/s. Critically, the SHDSL communications technology the devices are based upon makes it possible to reuse many types of pre-existing copper cables. This meant that Electricity North West could avoid replacing its vast cable infrastructure, but still upgrade the network. 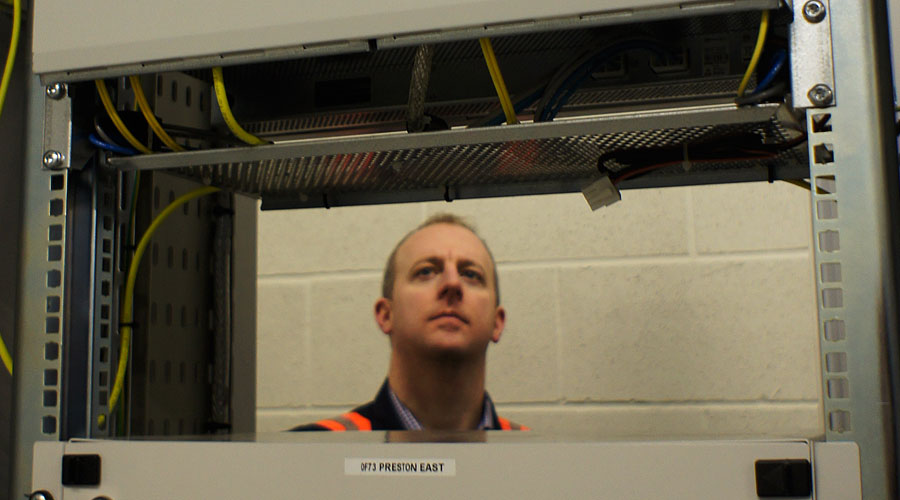 “Because we have an ageing copper cable network we wanted to install and maintain network redundancy wherever possible to ensure we have a very resilient and reliable solution. The Westermo Wolverine Line Extenders are helping us to achieve this whilst still using the existing cables. As a result, we have installed the devices throughout the entire network."

Approximately 750 Wolverine Line extenders are being used to connect the RTUs at the 500 primary substations back to the SCADA system. Around 250 devices have been installed to date at sites across the region. The Westermo Ethernet Line extenders have created a robust network offering greater reliability, security, resilience and bandwidth.

“We undertook extensive FAT testing of the Westermo Wolverine and found the performance to be outstanding. Having installed over 250 devices, we continue to be extremely pleased with the devices and the performance of the network as a whole.”

Using a third-party management tool, Electricity North West is able to continually monitor network performance. When starting the project the aim was to attain 2Mb of bandwidth throughout the network, but using the Westermo devices it has been possible to achieve, on average, between 4 and 6Mb, and up to 12Mb on some sections of the network.

Westermo robust data communications - made easy
The upgrade of the network is being performed by Electricity North West’s information technology and telephony networking team. The group found the Westermo devices to be very straight forward to install and configure and extremely user friendly. The DIN-rail mounting and 48V power supply requirements, typically found in the existing housing cabinets at the substations, meant that the devices integrated very easily with the existing set up.

The Wolverine’s robust aluminium housing, industrial grade components, wide operating temperature range and EMC, isolation and shock standards approvals meant they were able to cope with the challenging environment of the substations. This included low ambient temperatures and installation in close proximately to 33KV power lines, which creates the possibility of inference and power spikes.

The operations network is continually expanding as new assets such as wind farms and solar farms are constructed. It was important that the communications network could support this expansion. The two DSL and four 100baseTX ports provided by the Wolverine has helped to future proof the network by ensuring that additional equipment can be easily connected to the network when required.

Network security to the very edge of the network
Enhanced network security was a critical part of the network upgrade project. The Wolverine Line Extenders are powered by Westemo’s WeOS operating system, which enables complex networking functions to be easily configured as well as providing unique IP security functionality. By utilising a firewall on each port it has been possible to distribute firewalls across the network. The advantage of this solution is that helps to prevent a denial of service attack that might occur if only a single firewall was deployed. Firewalls on each port also helps to p r e vent unauthorised access to the entire network, thereby improving network security.

Westermo’s WeConfig software configuration tool is being used to configure and monitor the line extenders remotely, which helps the networking team to save a considerable amount of time. In addition, during the network upgrade, WeConfig has supplemented the network management tool by helping to easily `catch’ SNMP traps (significant events or issues) from the thousands of sensors, devices and equipment. The Wolverine Line extenders and WeConfig tool are also being used to monitor and trend the SNR performance of the cable. Cable degradation, caused by age, erosion and even weather can lead to reduced performance and eventually to line failure. By trending the performance Electricity North West can make informed business decisions on cable replacement.

Electricity North West’s networking team are also using WeConfig to ensure continued network performance. The SHDSL diagnostic function has been used to monitor the effect of adding new equipment and services. This information is extremely valuable, providing insight as what to expect in the future and preventing potential problems.

“The relationship with Westermo is also excellent. The company is very easy to work with and extremely responsive to our project requirements. Most importantly their products are very robust, which is exactly what is required to cope with the demands of the harsh environments of primary substation and ensure the network is extremely reliable.” 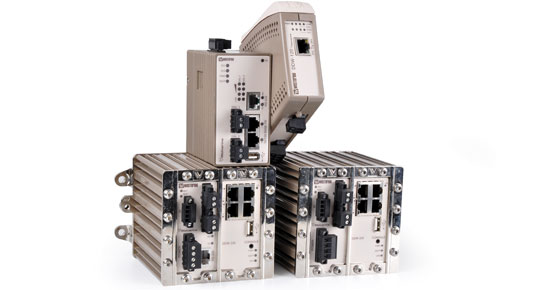 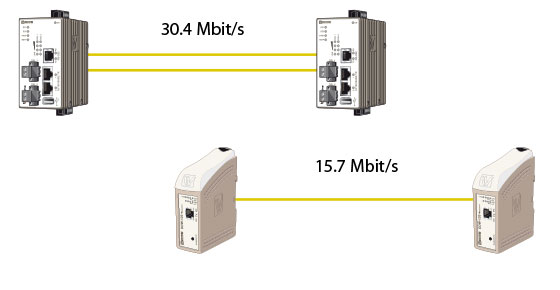 Ask me about Industrial Ethernet Extenders